The history of the Mornington Peninsula Bonsai Society.

The founder of our Club was Ross Lloyd. Ross was a retired Minister of the Church of Christ, and began his interest in bonsai in the 1960’s. He was soon recognised as an expert, particularly in the use of Australian natives as bonsai.

In 1979 he did a demonstration in the Church of Christ, Tootgarook, which created so much interest, he was approached by a group of Church members with regards to forming a club, with Ross as tutor, and he would pass on his knowledge of bonsai growing. And so in November, 1979, the Bonsai Society of the Southern Peninsula was formed, and the Church hall in Tootgarook became their home for the next 30 years.

In 2003, it was agreed that the name of our group no longer represented who we truly were, and our name was changed to Mornington Peninsula Bonsai Society.

In 2010, the Church hall in Tootgarook was no longer available, and we moved to our new home in Moorooduc. This had the advantage of being a more central area of the peninsula.

A very important part of our operation is the visits from various experts, local Victorian, interstate, and international.

Tommy Yamamoto with the MPBS in 1984.

During the early 80’s, we had visits by experienced members from other Victorian Clubs, and as Ross was the sole tutor in the Club, their visits were much appreciated.

Our first international visitor was a Japanese master, Tommy Yamamato, in 1984. He visited our clubrooms, and the members had the opportunity to do a workshop with him.

Since that time we have had a number of visitors from other parts of the world, Mauro Stemberger from Italy, Robert Kempinski from Florida, and probably our favourite, Hirotoshi Saitoh from Japan.

Hiro made his 10th appearance in our clubrooms on Wednesday, 2nd July, 2014. When we have an expert of the experience and skill shown by these men, we hold a Demonstration Meeting and 2 workshops, where we work on our own trees under the experts direct supervision.

For those members who would prefer not to work on a tree, there is an opportunity to join in and observe what is being said and done.

Around 6 times a year we hold a Saturday workshop in our clubrooms; where we work on our own trees with help from other more experienced members. On these occasions we come and go, as we wish, which makes for a very flexible experience.

Each year the Club holds an Exhibition at Easter where we showcase our trees. This Exhibition is now in its’ 40th year, and is acknowledged as a leading Victorian Bonsai Show.

The result of all these activities over such a long period of time, is that we are a very friendly, supportive and active group of dedicated Bonsai enthusiasts ready and willing to pass on our knowledge to others.

Tommy Yamamoto with the MPBS in 1984. 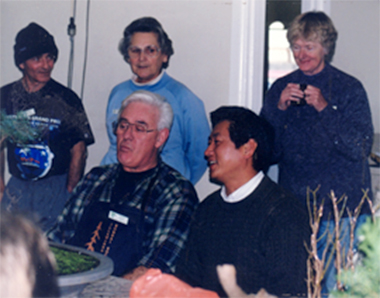 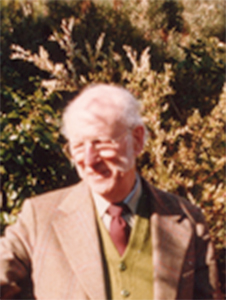